Bloomberg, Cornell Tech, and Tech:NYC invite you to tune in for the latest installment of the Cornell Tech @ Bloomberg Speaker Series, featuring Alexa von Tobel, Founder and Managing Partner of Inspired Capital, in conversation with Scarlet Fu of Bloomberg Television.

Alexa von Tobel launched Inspired Capital with former U.S. Secretary of Commerce Penny Pritzker in 2019. Together, they raised $200 million, quickly becoming one of the largest venture funds to debut out of New York. The fund, which makes seed and Series A investments in technology-driven startups that appear to be on the path to profitability, also immediately became one of the largest venture firms run by women. Although it’s female-driven, it doesn’t necessarily look for gender-specific leadership in its portfolio companies, which have ranged from travel and task management platforms to digital banking services.

Having recognized financial planning as a gap in traditional education, von Tobel founded LearnVest in 2007 to provide personal finance resources to people who may not have access to dedicated financial planners. The company’s software helped users set financial goals and monitor their progress against them. After having raised nearly $75 million in venture capital, LearnVest was acquired by Northwestern Mutual in 2015.

We hope you’ll join us for this conversation, in which von Tobel and Fu will discuss von Tobel’s decision to leave school to start LearnVest in the middle of a recession, her transition from entrepreneur to investor, why she’s committed to fostering diversity in New York City’s startup ecosystem while also making investments across the U.S., and why she thinks moments of crisis are good times to build a business.

After you register, you’ll receive an email on the morning of October 28th with a link to watch the broadcast. 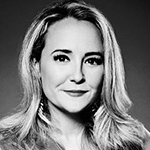 Alexa von Tobel is the Founder and Managing Partner of Inspired Capital and The New York Times’ bestselling author of Financially Fearless and Financially Forward.

Inspired Capital is a $200M early-stage venture capital firm that focuses on supporting the next wave of exceptional entrepreneurs. Prior to Inspired Capital, Alexa founded LearnVest in 2008 with the goal of helping people make progress on their money. After raising nearly $75 million in venture capital, LearnVest was acquired by Northwestern Mutual in May 2015 in one of the biggest fintech acquisitions of the decade. Following the acquisition, von Tobel joined the management team of Northwestern Mutual as the company’s first-ever Chief Digital Officer, overseeing digital strategy. She later assumed the role of Chief Innovation Officer and oversaw Northwestern Mutual’s venture arm.

Originally from Florida, Alexa attended Harvard College and Harvard Business School before settling in New York City, where she currently resides with her husband, Cliff Ryan, and their three children.