California’s climate is changing at an accelerating rate, causing weather patterns unprecedented in modern time. Drought, wildfire, floods, and mud slides are more frequent and larger in scale, putting our communities, environment, and economy at risk. In order to protect public health and safety, water managers and policymakers are striving to ensure that water is being used efficiently and not wasted. Governor Gavin Newsom directed the Natural Resources Agency, Cal EPA, and the Department of Food and Agriculture to develop a Water Resilience Portfolio that identifies complementary actions that will provide reliable and safe water for California’s communities, environment, and economy.

As part of Bloomberg’s long tradition of advocacy for applying data science and human capital to address problems related to the social good, we will be hosting a Data for Good Exchange event in San Francisco on the evening of Tuesday, June 18th that will look at the ways data science is being used to address California’s water crisis and to mitigate the impact of climate change.

Setting the stage for the evening, we will first hear from Kate Gordon (@katenrg), Director of the California Governor’s Office of Planning and Research. Following her remarks, a panel of experts from data science, industry, NGOs, and government will take a closer look at the challenges, where progress is being made, and what still needs to be accomplished to have lasting, meaningful impact.

Registration for this event has now closed. Please email lbarrera18@bloomberg.net to be added to the guest waitlist. Thank you!

Kate Gordon is a nationally recognized expert on the intersection of climate change, energy, and economic development. Gordon was appointed Director of the Governor’s Office of Planning and Research by Governor Gavin Newsom on January 7, 2019. Prior to being appointed Director, Gordon was a Senior Advisor at the Paulson Institute, where she oversaw the “Risky Business Project,” focused on quantifying the economic impacts of climate change to the U.S. economy, and also provided strategic support to the Institute’s U.S.- China CEO Council for Sustainable Urbanization. She was also a nonresident Fellow at the Center on Global Energy Policy at Columbia University, and an advisor to Duke University’s Center for Energy, Development, and the Global Environment.

Earlier in her career Gordon served as Vice President for Climate and Energy at the Center for the Next Generation, Vice President of Energy and Environment at the Washington D.C.-based Center for American Progress, and Co-Executive Director at the national Apollo Alliance (now part of the Blue Green Alliance).

Gordon earned a law degree and a master’s degree in city planning from the University of California-Berkeley, and an undergraduate degree from Wesleyan University. 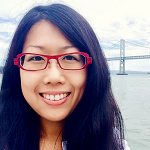 Meredith completed her B.S., M.S., and Ph.D. in Electrical Engineering at Stanford University. She has taught Human-Centered Design and Innovation at Stanford and in government, and continues to advise organizations with efforts in technology, data science, and multi-stakeholder collaboration. Her work has been featured by whitehouse.gov, ArsTechnica, The Washington Post, Forbes, WIRED, Bloomberg, and Nature.

Patrick Atwater is the Co-Founder and Executive Director of ARGO Labs, a startup nonprofit that provided the data infrastructure for this California water data initiative and other public services, including street maintenance, human education and homelessness abatement. He has worked as a consulting data engineer for a multi-million dollar venture-backed startup, ran the numbers for the State Water Contractors on Governor Brown’s Delta Fix project and co-authored the feature June 2015 American Water Works Association article on how data science can help water utilities adapt to climate change. As part of Team ARGO, his civic data science work has been featured by the Knight Foundation and Fast Coexist. He studied mathematics and PPE at Claremont McKenna College and holds a master’s degree in urban informatics from NYU CUSP. 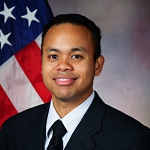 As the Director of California Health and Human Services Office of Innovation, Chaeny Emanavin is applying human centered design, iterative/agile methodologies, design thinking and deep dive problem definition techniques to create novel solutions for the State. Prior to joining CHHS, Chaeny was a web team lead, program manager and product manager in the federal government serving with the Bureau of Indian Affairs, the Consumer Financial Protection Bureau and the U.S. Digital Service. He earned a Master of Arts degree in communication, culture and technology from Georgetown University and a Bachelor of Science degree in Symbolic Systems from Stanford University. 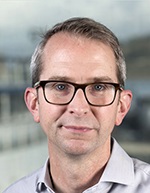 David R. Baker covers electric utilities and alternative energy technologies for Bloomberg News. He joined the San Francisco bureau in 2018 after 18 years at the San Francisco Chronicle, where he covered clean tech, energy and climate change, with a particular focus on such companies as PG&E, Sunrun and Tesla. David was part of the team that won the 2017 Scripps Howard Award for breaking news covering the 2017 Wine Country wildfires.