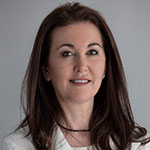 Helena leads the ESG, Sustainability and Climate Change at Motor Oil Group. She has a long experience in Decarbonization and Sustainable Development Strategies in the Energy and Maritime sectors.

During her career, Helena founded and co- founded several companies while she held global leadership positions in consulting and industry. She has completed a full time MBA at Alba, MA at Middlesex and executive programmes at Oxford University Said and London Business School. 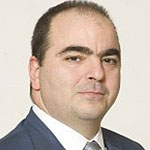 Mr. Kontopoulos has a long and successful international experience in global capital markets. He was a Partner, Chief Macro Strategist at CQS Fund in London, with previous service at UBS and Merrill Lynch, and he was CEO at Eurobank Asset Management.

He has worked in senior management positions in capital markets in New York, London and Athens. He started his career on Wall Street at Salomon Brothers. He was Managing Director at two of the largest international investment banks, UBS and Merrill Lynch, where he created and led large teams of leading analysts, building an extensive international network of contacts with major and significant investment firms around the world.

In Greece, he was Chief Investment Officer of Eurobank as well as CEO of Eurobank Asset Management, the largest mutual fund management company in the country. He has also worked in key positions in hedge funds abroad with billions in investments in global markets.

Mr. Kontopoulos holds a Ph.D., M.Phil., and M.A. in Economics from Columbia University and an A.B., also in Economics, from Harvard University. He was born and raised in Thessaloniki. 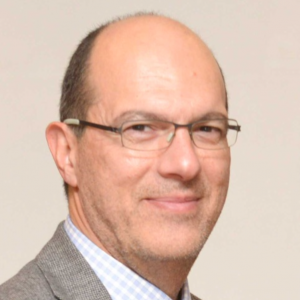 Prior to join Eurobank Group, he was Assistant General Manager at Eureko Holding (Achmea NL) in Paris & Amsterdam for Group Strategy, M&As and Asset Management. He has also worked for many years as Senior Equity Fund Manager at Interamerican Mutual Fund Management Company. He is a certified Portfolio Manager by HCMC. He holds a Bsc in Information Systems with 1st Honors from Athens University of Economics & Business and is a graduate of ALBA- London Business School Executive Leadership program. 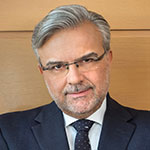 Mr. Christos Megalou is Chief Executive Officer (CEO) and Executive Board Member of the Board of Directors of Piraeus Financial Holdings SA and Piraeus Bank SA. From 2013 to 2015 he was Chief Executive Officer (CEO) of Eurobank Ergasias SA. On 2015 and 2016, he acted as a Senior Advisor of Fairfax Financial Holdings in Toronto and London and from May 2016 was engaged as Senior Advisor of Advent International in London.

He graduated with a BSc of Economics from the University of Athens (1981) and holds an MBA in finance from Aston University in Birmingham, UK (1982).

Jonas leads BNEF’s sustainability analysis, helping corporations and investors understand the technologies and solutions companies can employ to generate new sustainable opportunities and reduce their transition risk. This leverages BNEF’s research on transformational topics ranging from clean energy and electric mobility to digitalization and advanced materials, as well as building on Bloomberg’s close connection with the TCFD. Before this, Jonas lead BNEF’s research on the impact of the energy transition on the European power sector and what that means for utility and investor strategies, and was author of BNEF’s New Energy Outlook for Europe. Jonas previously worked in sustainable energy consulting and holds an MSc in sustainable energy from Imperial College London and an MEng from Cambridge University.