Join Bloomberg as we convene a special session with the Minority & Women-Owned Broker Dealer community to share and discuss making the most of opportunities and overcoming the challenges related to doing more business. Learn about tools and techniques related to increasing visibility with clients, streamlining execution and enhancing operational efficiency.

Join our interactive panel discussion featuring speakers from the sell-side and buy-side community which will be followed by a networking cocktail reception. 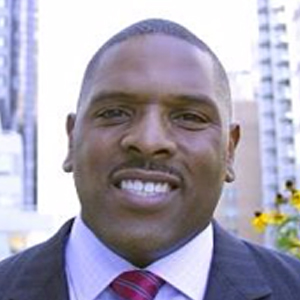 Mr. Mitchell joined Bloomberg in 2009 as an Equity Market Specialist. He focuses on quantitative equity strategies, and equity derivatives. In this capacity he interacts with buy-side and sell-side portfolio managers, analysts and traders to support all related analytical, market surveillance, and transaction-related functionality available via the Bloomberg Professional Service.

Prior to joining Bloomberg, Mr. Mitchell worked as a Managing Director in the Structured Equity Products group at Bear Stearns & Co. His team was responsible for idea generation, structuring, and distribution of structured investments and derivatives including ETNs, and systematic strategies. Previous to joining Bear Stearns, Mr. Mitchell worked for Deutsche Bank and Merrill Lynch in equity derivatives sales and structuring.

Mr. Mitchell has a BS in Electrical Engineering from the University of Maryland and an MBA in Finance and Statistics from the NYU Stern School of Business. 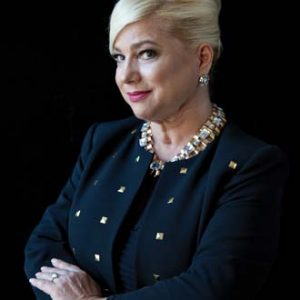 Cynthia is the Founder and CEO of Tigress Financial Partners. She guides the overall strategy and direction of the firm parlaying her extensive corporate and securities experience into a new generation of financial services firm. Before founding Tigress Financial Partners LLC, Ms. DiBartolo held senior management positions at Citigroup / Smith Barney including Director of Corporate Compliance, Director of Risk Management and Sales Manager of Smith Barney’s New York office for Private Client Services.

Cynthia was profiled by Forbes CEO Series entitled “A Tigress in a Shark Tank”.  Forbes described Cynthia as “one tenacious Tigress…her father’s words inspired her to pick herself up from tragedy and start a business. Both the woman and her story are unique, amazing and forcibly inspiring.  She earned a Juris Doctorate from Villanova University, School of Law and holds FINRA Series 7, 24, 66, 99 and New York State Life & Health Insurance and Real Estate license. 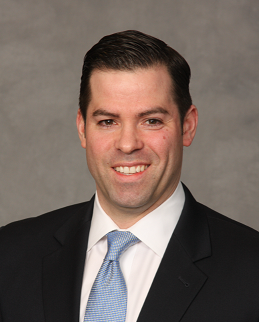 Martinko serves as Co-President and is responsible for overseeing new business initiatives and opportunities. He previously served as a Managing Director responsible for the leadership and development of Drexel Hamilton’s Capital Markets Group. Martinko joined Drexel Hamilton from Credit Suisse where he was a Vice President on their Equity Trading floor.

He is a recipient of three Bronze Stars, one with the “V” (Valor) device denoting his acts of heroism while involved in close quarter battle in Afghanistan. Martinko has also conducted multinational operations and was awarded the Canadian and Israeli Defense Forces Paratrooper Jump Wings.

Martinko serves on the Army Ranger Lead the Way Fund board. 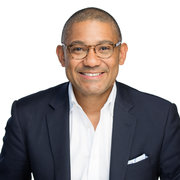 Jason is Founder & CEO of Lenox Park, a FinTech company that provides
cloud-based software platforms and data aggregation tools for the Asset
Management industry. The firm’s mission is to remove barriers and
inefficiencies realting to capital access; and in so doing, preserve as much
capital belonging to pensioners, university endowments and philanthropic
organizations.

Before founding Lenox Park, Jason worked in Merrill Lynch’s Structured Credit
Derivatives group in New York. In that role, Jason was instrumental in
performing due diligence on Asset Managers for a highly selective Investor
base. He began his career at Merrill Lynch in the firm’s Investment Banking
division, working on M&A transactions for Financial Institutions. Jason, then
helped launch a start-up group in Merrill Lynch’s London office, focused on
deepening the firm’s most lucrative institutional client relationships across
Europe, Middle-East & Africa.

Jason is an active member of the United Nations Private Sector Forum, the
the World Policy Institute, Carnegie Council for Ethics in International Affairs
and an active volunteer in his community in New York.

In 2008, Jason founded Nyawa Funding Group, a 501(c)(3) not-for-profit
organization with a mission to improve living standards in Sierra Leone. 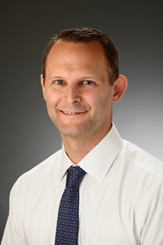 John Sullivan is the Vice President within the Borrowing and Liquidity team of Treasurers. In that role, John is responsible for supporting the liquidity management activities for the Enterprise, quarterly debt funding plans, and various capital markets projects.

John has held a variety of positions since joining Prudential in 2004.  John began his Prudential career within Asset Management finance, specifically within PIM Center where he supported expense reporting and analysis, capital management and planning and analysis.  In 2011, John transferred into the Corporate Development (M&A) group for a 12 month rotation during which he gained experience analyzing potential M&A transactions, performing strategic reviews of competitors, and was a member of the deal team responsible for the sale of Prudential Real Estate and Relocation Services (PRERS).   In 2012, John assumed a position within the Domestic Insurance Capital Management team where he was responsible for supporting the capital management activities of Individual Life, the Closed Block and Group Insurance.  John assumed his current role within Borrowing & Liquidity in 2016.

John graduated with a BBA in Finance from Loyola University of Maryland and earned his MBA from Fordham University. 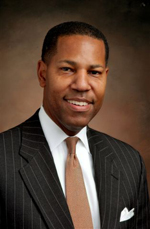 Since founding CastleOak Securities in 2006, Mr. Jones has overseen the substantial growth of both the firm’s business activities and personnel. Mr. Jones has led the firm as it increased its underwriting, distribution, and trading in a full range of securities while expanding its footprint into municipal finance and money market portals. Under Mr. Jones’ leadership, CastleOak has become one of the top underwriters of debt and equity securities in the U.S.

Mr. Jones has over 20 years of Wall Street experience, and prior to founding CastleOak was Head of Investment Banking and Capital Markets at Blaylock & Company, Inc. where he worked closely with many of the firm’s Fortune 500 clients. Mr. Jones joined Blaylock from Merrill Lynch where he worked in the firm’s investment banking and equity capital markets areas. Mr. Jones has significant experience in evaluating equity and debt market trends within industry sectors, valuing and positioning public companies, and marketing and syndicating public security offerings to institutional clients.