Join us for the Bloomberg Address in Melbourne on April 10 with Visy Industries Executive Chairman Anthony Pratt. He’ll explore moves to encourage Australia’s A$2.6 trillion superannuation industry to lend directly to companies, opening a new source of long-term funding. In the first deal of its kind, AustralianSuper and IFM last year lent A$150 million to Visy in a deal brokered by Westpac.

After the address, a panel of super funds, corporate borrowers and bankers will debate the pros and cons of this developing market.

The Bloomberg Address is an invitation-only event for influential business leaders and policy makers to discuss the nation’s prospects.

Please join us for the address and Q&A, followed by a networking cocktails. 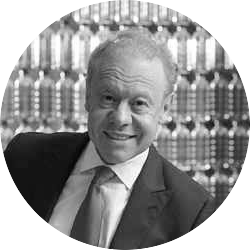 Anthony Pratt is Executive Chairman of Pratt Industries USA and Visy Australia, which together form the world’s largest privately owned recycled paper and packaging company. Combined they employ more than 11,000 people worldwide – including 7000 in the United States, where Pratt Industries has become the largest Australian employer of Americans operating 69 factories across the country. Pratt has also grown from America’s 45th biggest corrugated producer to the 5th and in 2016 Anthony was named the ‘North American Packaging CEO of the Year’ award by a prestigious industry association.
He is also a leading global food security advocate and each year sponsors the influential Global Food Forums in the USA and Australia with partners the Wall Street Journal and The Australian respectively.
In May 2017 he also pledged to invest another $2 billion in American manufacturing and job creation over the next 10 years and made a similar pledge in Australia just a few months later.
Anthony is also a leading philanthropist. Over the years the family’s Pratt Foundation has donated hundreds of millions of dollars to charities in more than 20 countries and he recently announced he would give away another $1 billion in his lifetime.
Anthony divides his time between Melbourne and New York City.